Why Central and South America? 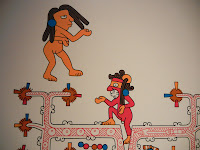 Before leaving the US, we were often met with puzzled looks in regards to our choice in destinations.  Why not backpack Europe or spend a few months on some Caribbean island?

It's no secret that we love road trips.  While it's not for everyone, driving to South America from the United States was literally the longest road trip that we could imagine.  For most of this stretch, travel is affordable and the idea of corrupt police and complicated borders sounded like an exciting challenge.  Sure, we could have done this in Europe but it would certainly have cost more...besides, who wants to go somewhere that the locals look just like you?  The bonus is that we will improve our spanish, and learn more about the Latin-American cultures that we've always found interesting.  Another reason, is that the United States is receiving an unprecedented influx of migrants from Latin America.  We feel that it's important to familiarize ourselves with these cultures and the countries they come from. This will only make us better public servants in the long run, having a deeper connection with an underserved population.

Of course Europe, Eastern Asia and Africa would be amazing to travel through someday...however North, Central, & South America just seemed like a natural first step for us.

"Twenty years from now you will be more disappointed by the things that you didn't do than by the ones you did do. So throw off the bowlines. Sail away from the safe harbor. Catch the trade winds in your sails. Explore. Dream. Discover" ~ Mark Twain